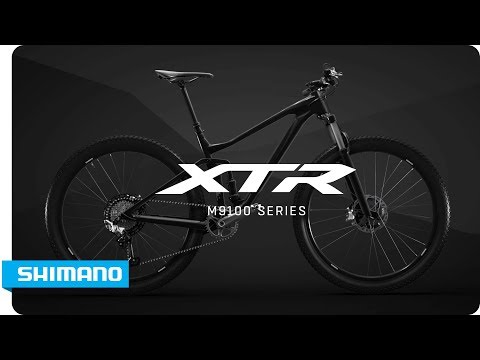 Handbuilt mountain bike wheels offer customization for rider weight, style, and forgiveness, and we have seen an increase in riders asking for builds with straight spokes and hubs. There are real advantages to straight pull: better spoke angles to the rim, less likelihood of spoke contact when built, higher spoke tension, and potentially a spoke that slides a bit on impact which reduces pressure on the rim and puts less stress on the spoke head in the process. Shimano recognizes the need and as they have built mountain and road wheels with straight pull spikes for years, clearly advocates for the practice. The XTR HB-M9111-BS Rear Hub is the Boost - Straight pull (hence the BS designation) specific Center Lock Disc front hub released for custom builds with the XTR M9100 series component line. Straight pull has some definite advantages and the spokes rarely break at the head like a j-bend, with the major drawback being that straight pull spokes are harder to find at local shops around the world, so our advice is definitely have your wheel builder provide you with extra spokes with your wheel.

The big news with the release of Shimano's 12-speed XTR M9100 series groupset is a major change in the rear freehub design. The move from the standard Hyperglide (HG) freehub that has been a Shimano feature for years, to the Micro Spline design was crucial for the engineers to develop an efficient, reliable, and long wearing freehub that could support the requirements of a 10T small cog with 11 others on the same design. Some of the space requirements were solved through the concave rear Beam Spider of the M9100 cassette, which is why the Micro Spline freehub is shorter than you'd expect. As usual with Shimano, total integration of engineering, materials and technology allowed for a true XTR-level, world class rear hub design for 12-speed mountain use. While Micro Spline has made this all come together, it is hardly the only technology or feature used in the Boost frame-ready 12x148mm XTR FH-M9111-BS Rear Hub.

The machining and construction of the shell and hub internals is impressive, yet also built for the best balance of top-level performance, light weight and durability. The cleanly machined straight pull flanges are clearly built for precision and strength, while the standard XTR-level hub axle internals: stainless steel ball bearings, grinded cups, CBN cones are safely ensconced behind a dual Labyrinth and Contact seal system that offers great shielding from the elements without adding significant drag. Micro Spline has it's own internal system, with Contact seals protecting the fast ratchet engagement system, which offers max engagement of 7 degrees. The quicker engagement and higher rigidity of the more compact freehub structure generate a more direct pedaling feeling with more rapid acceleration.