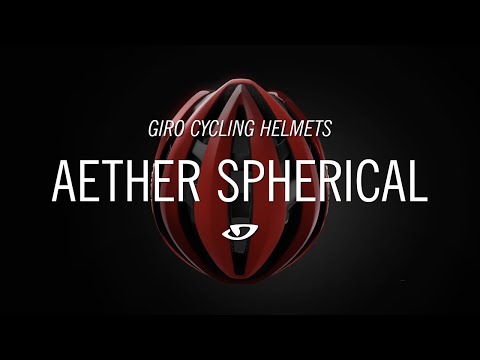 Lightweight, easy to adjust, great ventilation, great color selections, looks as nice as possible on my head- all these have likely been your criteria for choosing a helmet. Yes, safety too, but until a few years ago we all accepted that the CPSC was regulating essential helmet safety so if it was on the market, it offered that base level of impact protection. Then came the rolling introduction of slip-plane technology used in the Multi-directional Impact Protection System (MIPS) system, which Giro and others licensed for their use. Essentially the slip-plane system counters shearing and rotational forces between your head and helmet in event of a crash, ideally reducing injury to the brain. Combined with EPS liners and foam, helmets got safer because while nothing is perfect, MIPS works. The challenge was that a MIPS layer had to be assembled between the helmet retention system and the helmet itself- adding weight, taking up more space, impacting airflow, etc. Still many cyclists opted for MIPS. Giro began working with MIPS and their helmet designers to come up with a better solution, and the release of the Giro Aether™ Spherical MIPS Helmet, a new generation of integrated protection has seemingly addressed all of the challenges listed above.

The Aether Spherical MIPS combines an airy, open design with a revolution in rotational energy management to advance head protection for cyclists. Inside the Aether, a dual-density EPS foam liner featuring lightweight, compact Nanobead foam technology helps to manage a wide range of impact energies, while also boasting deep internal channeling to provide cooling airflow. Giro's new, proprietary MIPS Spherical technology is embedded between the layers of the EPS foam - instead of against the rider’s head - ensuring riders the full benefits of MIPS without any obstruction to comfort or cooling power. On the exterior, a sleek 6-piece shell forms a stunning silhouette around the massive vents, which get added structural reinforcement via a shatter-proof “halo” that runs throughout the helmet. The final touch is the RocLoc 5+ Air fit system, featuring three dimensional fit tuning, that allows easy adjustment in seconds for the ultimate in comfort. MIPS Spherical was designed in the Dome, Giro’s in-house test lab in Scotts Valley, working directly with MIPS engineers in Stockholm, Sweden to ensure zero compromises in MIPS protection. The key to the system is the elimination of the plastic slip plane of the original MIPS design, and integrated the new system into the EPS sandwich.

Note that the construction process overall is also new and innovative. The "Halo" mentioned above is the matrix-like structural integrity stem integrated into the shell build, which is bolstered by the shatter-resistant and translucent AURA reinforcing arch and Halo Roll Cage that runs throughout the helmet. Instead of a single molded shell construction, the stunning silhouette is created by merging six individual pieces of polycarbonate around the series of massive vents. The AURA and Halo becomes the skeleton, the EPS layers with integrated MIPS provide the safety, and the entirety of the whole becomes the impact protection. Don't be alarmed, you can physically move the lower structure around the temples, a true sign of it's efficacy. It won't jiggle or wiggle as you ride. In an impact the exterior may be damaged, but the AURA holds the assembly together which not only allows MIPS to do it job of reducing the shearing forces, but also delivers continual safety to the skull. No one likes to consider this, but let's face it- a bike crash on pavement can result in sliding and or multiple impacts, even after the initial incident. The Aether MIPS will continue to provide excellent protection throughout.

The eleven massive vents of the Aether bring air into the helmet structure, which features Giro's Wind Tunnel Internal Channeling system. The channels are designed to circulate the incoming air quickly and quietly over the surface of the skull, reducing heat and moisture build up by carrying it away and exhausting it out the back. Giro claims the Wind Tunnel system of the Aether MIPS is 2° F cooler than the already effective Synthe MIPS version, while also resulting in more efficient aerodynamics at 6.4 WAD G faster than Synthe MIPS. The Aether MIPS also gets the RocLoc 5+ Air, the newest version of their excellent yet minimalist retention system, which offers vertical adjustment- independent on both sides, as well as the one-hand dial adjustment you know so well.

Comfort, ease of use, and unobtrusive are the watchwords of Giro's featherweight webbing with the Slimline Buckle, serving to keep the whole helmet on your head. We'd be remiss if we didn't mention the Sunglass Docking Ports of the front vents, which have a textured surface to help prevent slipping, even in wet conditions. Don't miss the 3D effect logo, and don't sleep on the fact that is incredible helmet, with full MIPS protection, weighs in at 250 grams for a medium. Care to reassess your original helmet shopping checklist? The Aether Spherical MIPS sets a new standard, one which we should all adopt.