The VP-1 Patch Kit includes six thin and flexible patches with tapered edges to blend with the tube's profile. Four round patches are 25 mm in diameter for smaller holes. Two oval patches, 25 mm x 35 mm, are for wider cuts. A tube of self-vulcanizing fluid bonds the patch to the tube at the molecular level. Each kit is packaged in a small plastic box with sandpaper for cleaning the tube and instructions. Best used for home tube repair. 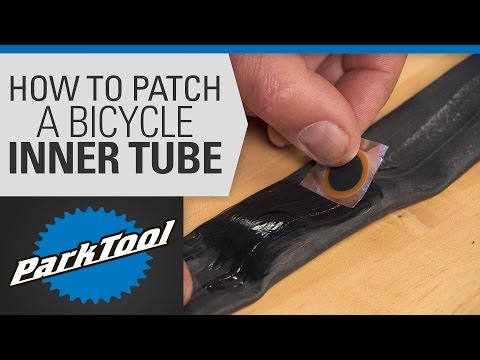 Ive used these patches for years. Dont have any problems with glue drying out and have saved several tubes of glue from previous kits where glue was not used. I simply open the glue and place it directly on the tube to apply the glue using a circular motion until the entire area is covered. Turn tube upright and gently squeeze tube to allow ALL air to escape and cap. Only disappointment , I would rather have all smaller round patches and no larger or oval patches.

Pros Easy to use

Keep the glue in the butter compartment of the refrigerator. It'll last a couple of years if you do that.

Yes, it's true, the glue evaporates, but even if you use it right away, there's only enough of it to glue a couple or three of the patches. After that, it's exhausted. Hard to believe that vulcanizing glue has become so expensive they've gotta dole it out in thimblefuls that way. But the other problem is that even the "small" patches in the kit are too large to work well with the narrower tubes that Excel's customers are likely to employ. They're fine for the tubes that come with mountain bike tires or cruiser tires, but they're really too wide to work with 23mm road racing tires.

The patch kit works, as all of these type work. The only problem is that the fluid evaporates, even inside a sealed tube. I tried one that was a couple of years old, never been opened - the fluid had entirely evaporated, so the kit became a set of extra patches. Not so good.